Mental health is an issue that affects almost everyone in some way, whether it be through personal struggles or the struggles of family and friends. Unfortunately, mental health is still a largely taboo topic which can make discussing it difficult. This is one reason movies are such an important tool for exploring this topic. Movies provide a safe space to explore complex emotions and difficult conversations without having to experience them firsthand.

In this article, we have listed some of the best movies that discuss mental health in the most beautiful ways. These movies make you feel all kinds of emotions. But, to watch them, all you need is a good TV plan. For that, we suggest you click here and check out some of the best TV plans available near you. Not only do they come with an amazing channel list but you also get to choose from thousands of on-demand options.

Besides, you can download the TV app to stream content whenever and wherever you want. So, get your plan now and enjoy unlimited entertainment. However, if you want to check other plans and packages all across the USA, you can check out buytvinternetphone.

Here are some of the best movies that discuss mental health issues in the most beautiful and meaningful ways.

Silver Linings Playbook, is a 2012 romantic comedy-drama starring Bradley Cooper and Jennifer Lawrence. This movie follows the journey of Pat Solatano (Cooper), who has recently been released from a psychiatric facility after suffering from bipolar disorder.

While out on probation, he meets Tiffany Maxwell (Lawrence), who also struggles with mental health issues. Together they form an unlikely bond that helps them both find solace in each other’s company and healing.

The Perks of Being a Wallflower

The Perks of Being a Wallflower is another movie that discusses mental health in a beautiful light. The movie was released in 2012 and stars Logan Lerman, Emma Watson, Ezra Miller, and Mae Whitman.

This coming-of-age drama follows Charlie Kelmeckis (Lerman) as he navigates high school and deals with his mental health struggles, eventually finding solace in a group of friends who understand him. When it is time to part with his two best friends, Charlie discovers a part of himself he never knew but also is afraid to spend his life without his friends.

Another great movie is The Skeleton Twins, released in 2014, starring Bill Hader and Kristen Wiig as estranged twins who reunite after years of being apart. When Milo attempts suicide, Maggie asks him to live at her place for a few days. Living together strengthens their broken relationship.

The movie does an amazing job exploring the complex relationship between siblings, while also delving into the issues of depression and suicide. It’s a touching movie that doesn’t shy away from discussing how mental health issues can affect people in different ways.

We must not forget about Edward Norton’s turn in Primal Fear. Primal Fear is a 1996 crime thriller movie that follows Aaron Stampler (Norton), a young man accused of murdering a priest. Aaron Stampler suffers from dissociative identity disorder. Things take a turn when a lawyer Martin Vail takes up his case.

This movie handles mental health issues with a thoughtful and respectful tone, making it an excellent film to watch if you’re interested in learning more about the subject. The genre keeps the suspense intact and the subject makes you aware of the mental condition.

Inside Out is an animated movie by Pixar about emotions and the importance of acknowledging our feelings. The movie follows Riley, a young girl who is struggling to adjust to her parents’ decision to shift from Minnesota to San Francisco.

We witness how each of Riley’s emotions—Joy, Fear, Anger, Disgust, and Sadness—work together to help her cope with the changes in her life. Inside Out explores how mental health can be affected by external circumstances while also teaching us that it’s okay to feel all kinds of emotions without judgment or shame.

The Fault in Our Stars

The Fault in Our Stars is a romantic drama starring Shailene Woodley and Ansel Elgort. Hazel Grace and Augustus Waters are two cancer patients who fall in love while attending a cancer support group. The movie gives us an intimate look into the lives of two teenagers dealing with life-threatening illnesses and how they manage to find joy and strength in each other.

It is a heartbreaking yet beautiful story that reminds us of the importance of cherishing every single moment we have with our loved ones. We also see a portrayal of the different aspects of mental health in a beautiful way.

The Virgin Suicides is an indie drama about five sisters growing up in suburban Detroit during the 1970s. The sisters are forced to live under strict parental supervision due to their mental health issues. The movie takes us on an intimate journey into the lives of these young girls as they grapple with depression, loneliness, and suicidal thoughts.

Meanwhile, the five sisters also discover what it means to be free from their oppressive home life. Through its characters, The Virgin Suicides sheds light on the complexities of mental health issues and how difficult it can be for those struggling to make sense of them.

The Hours is a drama romance movie that stars Meryl Streep, Julianne Moore, and Nicole Kidman as three women from different periods, whose lives are connected by Virginia Woolf’s novel Mrs. Dalloway.

The story follows each woman, as she struggles with her own mental health issues including depression, anxiety, and post-traumatic stress disorder. The Hours is a powerful exploration of how these illnesses can affect our lives in unexpected ways and how we can find strength in the people around us to help us cope with our problems.

Eternal Sunshine of the Spotless Mind

Eternal Sunshine of the Spotless Mind is a romantic science fiction movie from 2004. Written by Charlie Kaufman and directed by Michel Gondry, this romantic science-fiction drama stars Jim Carrey as Joel Barish and Kate Winslet as Clementine Kruczynski. The two undergo a procedure to erase each other from their memories after a failed relationship.

This movie provides an interesting exploration of regret and its effects on relationships – something that can often be linked to mental health struggles. Another factor that brings it to our list is the way Clementine deals with failed relationships. It is an extremely fake and destructive way of dealing with heartbreak.

Daily News to your Inbox.

Why choose Vograce for your custom keychain needs? 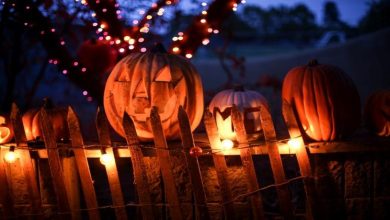 Halloween Inflatables Will Make Your Neighbors Gasp With Fear! 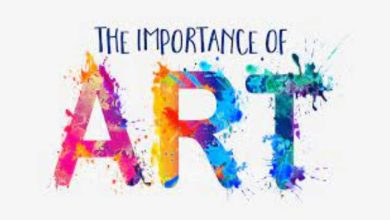 The Significance of Art 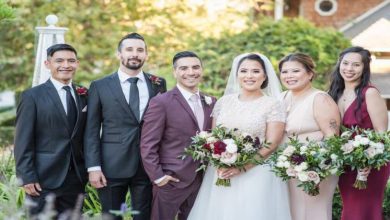 How to Make Your Wedding Planning Easier

Choose the black caviar for once to get tastier seafood

Agencies that offer Content Writing – Where can I find them?
2 weeks ago

Agencies that offer Content Writing – Where can I find them?

What sandals can we wear for this summer in Australia?
2 weeks ago

What sandals can we wear for this summer in Australia?

Which Type Of Computer Is The Best For College Students? GEEKOM mini PC
December 23, 2022

Which Type Of Computer Is The Best For College Students? GEEKOM mini PC